A bright ruby colour. The nose is as expressive as ever with notes of forest floor, truffle and peat, evolving to more spicy aromas mingled with aniseed and boxwood. The palate opens agreeably with velvety tannins, superb texture and a persistence that promises good ageing potential. In the mouth we find an aromatic palette composed of black truffle, garrigue, blackberry, prune and dried fig, with a vertical finish. A harmonious, subtle wine which largely merits its status as a rare cuvee.

Harvest started on September 5, 2014 with the Syrah which was at optimum ripeness, and ended on September 20 with the Carignan and the Mourvèdre on the 2nd of October. The grapes were transported in small crates and then emptied into the destemmer, which was placed directly above the 10 hl fermentation tanks. Maceration lasted three weeks for the Syrah and the Carignan, at 25°C. The Mourvèdre macerations lasts two weeks at 30°C. The wine was then racked and put into barrel for malolactic fermentation.

Two years in barrels that had been used for two previous vintages. Unfined. Sulfite use limited to 2 g/hl. 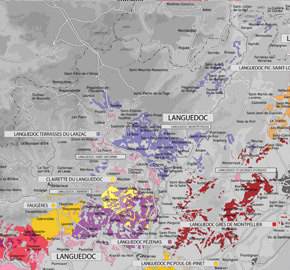