Discover our wines with multiple expressions

Our varietal wines, our easy drinking wines, come exclusively from private wineries. This is the only way to ensure that the wines are vinified naturally, respecting the specific aromatic characteristics of each grape variety. This is also a guarantee that we will obtain the same product profile from one vintage to the next, along with an authentically typical character, a far cry from your average wines. We seek a harmonious balance of fruit and freshness that will enable the wine to develop in an exciting way. We are also very interested in original, unknown or little known grape varieties which take us into uncharted taste territory.

Our appellation wines come from areas between the Cévennes and the Camargue, between the Montagne Noire and the Mediterranean, from the Pyrenees foothills to the border of the Spanish coast – the array of terroirs is incredibly diverse. Considered to be the biggest wine region in the world, the Languedoc Roussillon is where one finds the greatest variety of soils. All these advantages and all this diversity provide us with extraordinary creative ground for the production of our wines.

Blanquette de Limoux originated in 1531 in the cellars of the Benedictine abbey of Saint-Hilaire, when a monk discovered that the wine he had carefully bottled and corked formed bubbles, as it’s began a new fermentation. The first crude in the world was born in the Limoux vineyard, this magnificent abbey of Saint Hilaire.
Three types of effervescent products are in the appellation:
– Blanquette de Limoux Brut is favoring the traditional varietal of the Cru, Mauzac. During the blend, this varietal should dominate. 10% Chenin and Chardonnay are allowed.
– Cremant de Limoux, It is his particular blend that gives the Cremant de Limoux its personality, all its nuances. It is made of Chardonnay and Chenin mainly, supplemented by varietals Mauzac Blanc and Pinot Black.
– The Ancestral Blanquette: This is the old moon of Mars which likely leads to cuvees Method Ancestral most of their temper. Indeed, all those who have tried to make bottling at another time, in another moon, failed. Leading experts are still puzzled by such a mystery.
For some years still wines also benefit from Limoux A.O.P on both red and white.
Limoux Blanc with only 85 ha and a limited yield of 50 hl / ha, white Limoux is a rare wine bought « on piece » by connoisseurs. It is elaborated with Chardonnay, Chenin or mauzac.
Limoux Red: 60 hectares at the time of publication of the decree in 2004, is expected to reach 150 hectares by 2008. To achieve distinguish among large, Limoux winemakers have imposed a long list of rules and customs. The grape varieties of the appellation Limoux is made from merlot, côt, Syrah, Grenache, Carignan and Cabernet Franc or Cabernet Sauvignon grapes in accessories.

When we follow the maturity of the grapes for our "Les Terroirs" range, each vintage brings pleasant surprises and exceptional experiences. Our "Cuvées Rares" wines made from selected vineyards where we judge the quality of the grapes to be outstanding. Each year, from this raw material, we produce and barrel-age a very small and unique batch of wine (about 5 barrels), that bears the name of its vineyard of origin.

Cru wines from very small areas have appeared in recent years among our Languedoc Roussillon appellations. The INAO studied and validated these, accepting an appellation name corresponding to a very small geographic area. We are naturally very interested in these areas with their very specific characteristics, which hardly cover a few hundred hectares. From these prized terroirs, we create very special wines.

Free of all certification labels, our viticultural and vinification practices are natural and environmentally friendly. The “Les Terroirs” range comes from a rigorous selection of vineyards, focusing particularly on very cool terroirs (often at the very edge of wine growing areas). The grapes are picked (by hand) when they are perfectly ripe. We prefer gentle vinification rather than aggressive extraction. Careful blending harmonizes the balances of local varieties. Our wines are patiently and naturally aged until they undergo gentle bottling which preserves the original balance and aromas. These wines are certified natural by an independent laboratory: full analyses of the wines are available on this website. 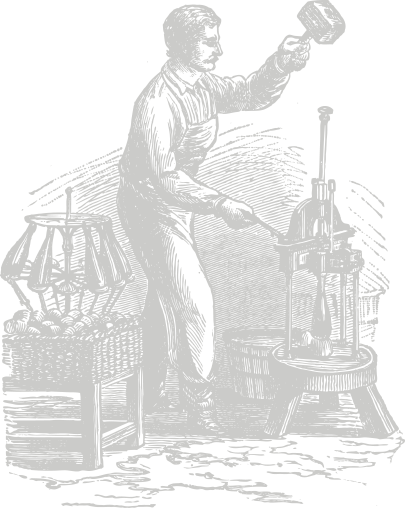